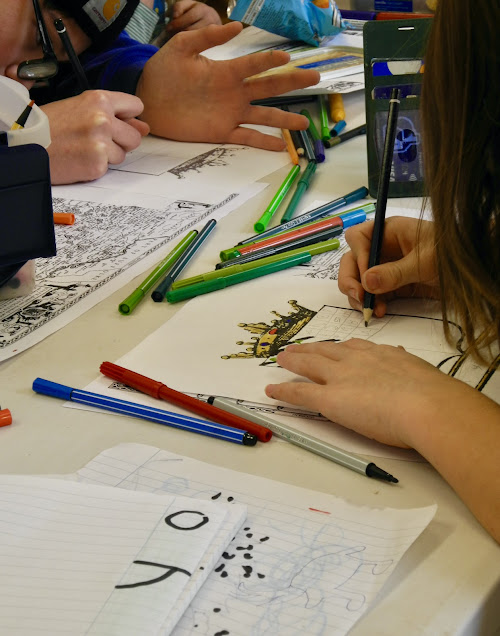 Young Archaeologists were not phased by some arcane spellings, such as "Bricklesey" and "Chemesford", with the missing "L" floating above it, as they identified the places they needed to highlight on this 1610 map of Essex. To completely personalise it, they became very creative and depicted favourite archaeological eras. They took turns to do find washing at Roman Circus House. (Picture below). The artefacts had been excavated from the former Essex County Hospital site, which is due to be redeveloped. So far the site has revealed Roman road junctions and Roman bread ovens, perhaps for cooking up tasty snacks to take to the Chariot Racing Circus. The work on the maps and the artworks herald the completion of our project, which we started in September. From preparing bids for funding, organising the researches, locating resources and meetings, actual and zoom, between them, volunteers have probably clocked up more than 100 hours, working on "Caught in a Treacherous Tudor Web". 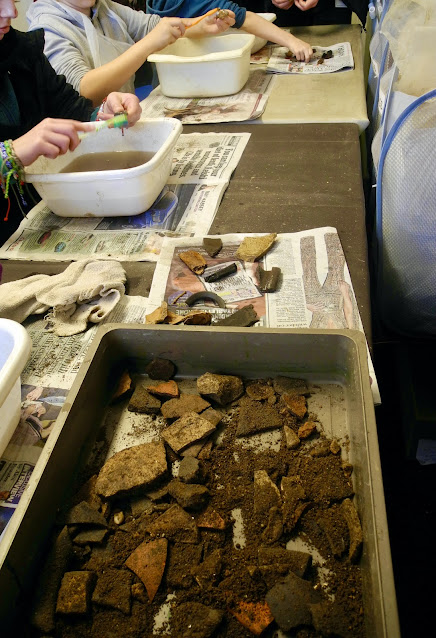 Popular posts from this blog

We launch our project in Colchester Castle 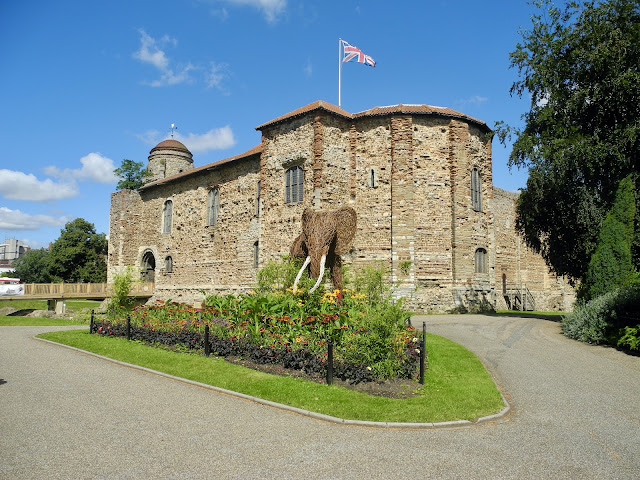 Colchester Castle Museum, Castle Park, Colchester Using digital pictures, in October, young archaeologists learned about the first building on the site, the Roman temple of Claudius. The temple podium vaults  still lie under the castle. Colchester Castle once resembled the White Tower in the City of London, but the crown sold Colchester Castle, which suffered neglect and partial demolition, until two of the town's MPs repaired and invested in it. It was the ideal venue to launch our project with the assistance of  museum staff.
Read more

Caught and destroyed in the "Tudor Web" 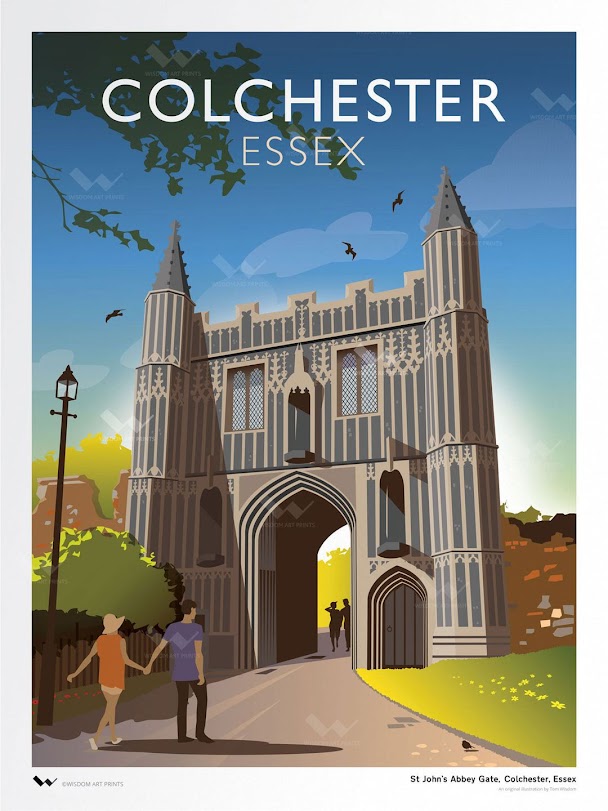 Upheavals and reform in the Tudor period transformed the built environment in Essex. All that is left of a once great Benedictine Abbey, south of Colchester's town walls is its magnificent gatehouse. YAC Adam writes:- "St John's Abbey was founded in 1096 by Eudo Dapifer with the order of St Benedict (Benedictines). The Abbey was the largest abbey in Colchester and the fourth largest abbey in England. It was built where "miraculous voices" could be heard. Eudo even claimed to have witnessed a miracle at that site. Eudo is also known to have laid the first stone of the Abbey and the Abbey was burned partially in a large fire that affected the town in 1133. The Abbey also received a vial of St Thomas a Becket's blood from a monk named Ralph. This vial was the Abbey's most important relic. The Abbey was the victim of a mob attack during the peasant's revolt. The Abbey was also believed to have supported the Plantagenets leading to Richard lll's mothe
Read more

Barbara Critchley
I am a history and literature graduate and tourist guide.